The company plans to employ 50 high-tech engineers at the Findlay Township facility, which will break ground in March and should be completed in September.
Three-dimensional, or 3D, printing refers to a process in which digital images are fed into a machine which can “print” – or make – products that correspond to the image out of plastic, metals or other materials.

General Electric is already using the process to create fuel nozzles for new jet engine models it is producing.
GE chose the location because Carnegie Mellon University, the University of Pittsburgh and Penn State University all have research programs devoted to 3D printing and other advanced manufacturing technologies. 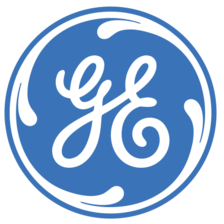 GE is Transforming Manufacturing, One Layer at a Time

GE is committed to connecting with other innovators and growing a global additive ecosystem to accelerate the growth of this emerging industry.

How GE Builds
GE has a full-scale additive manufacturing facility in Cincinnati, Ohio, focused on the development and scale up of new alloys, processes and parts for additive use. GE has a global team of 600 engineers at 21 sites driving additive and other advanced manufacturing technologies.

What GE Builds
GE is focused on the development of parts and components in additive across its business portfolio. First applications will be a fuel nozzle for GE’s newest jet engine, the CFM Leap. In Healthcare, GE researchers have developed a way to print ultrasound transducers that will dramatically reduce time and manufacturing costs versus manufacturing techniques used today.

Additive Manufacturing
Additive manufacturing, the industrial version of 3-D printing, is already used to make some niche items, such as medical implants, and to produce plastic prototypes for engineers and designers. But the decision to mass-produce a critical metal-alloy part to be used in thousands of jet engines is a significant milestone for the technology. And while 3-D printing for consumers and small entrepreneurs has received a great deal of publicity, it is in manufacturing where the technology could have its most significant commercial impact (see “The Difference Between Makers and Manufacturers,” January/February 2013).

3D Printing – The Future of Manufacturing
General Electric (GE) is one of the worlds biggest companies, third biggest according to the Forbes Global 2000 report (Forbes). The GE Aviation division is among the top aircraft engine manufacturers and is trusted by the majority of the world’s aircrafts. With this responsibility, GE Aviation must make careful decisions regarding which technology to invest in. Read More:
3D Printing – The Future of Manufacturing

[…] “General Electric, which had already invested about $1.5 billion since 2010 in what it calls additive manufacturing technology…” […]